Growing Together with Jann Arden

Narrated by Jann Arden, Growing Together is a series of uplifting, animated short stories that offer guidance for new caregivers

Caring For Those Who Care

Follow the amazing athletes who make incredible sacrifices to guide, care, train and race with their visually impaired teammates

A therapist specializing in super hero clients tackles the issues that come with caregiving, offering tools and techniques to improve their lives

I Am Still Your Child

Individuals who are breaking barriers to ensure that the vital importance of caregiving is both recognized and celebrated.

The timeless tale of a caregiver and her talking fish 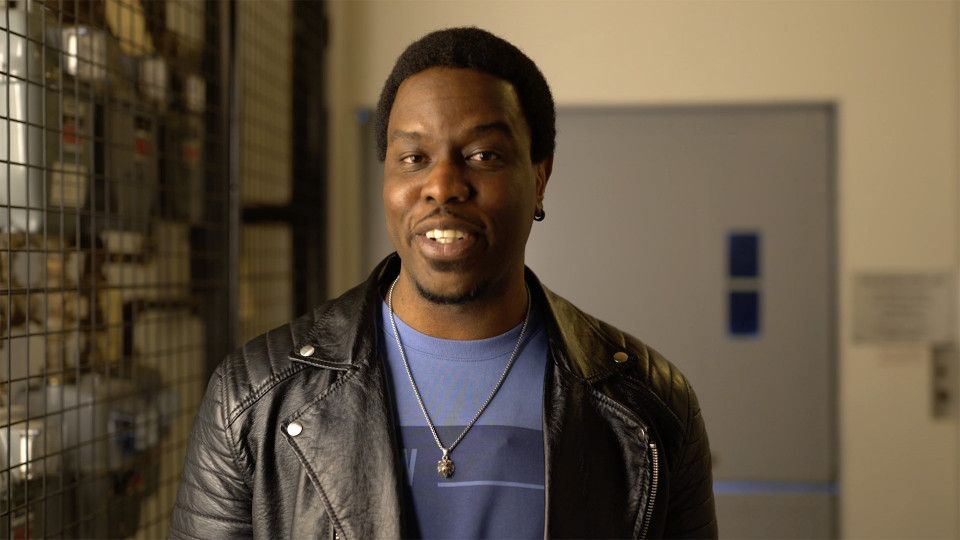 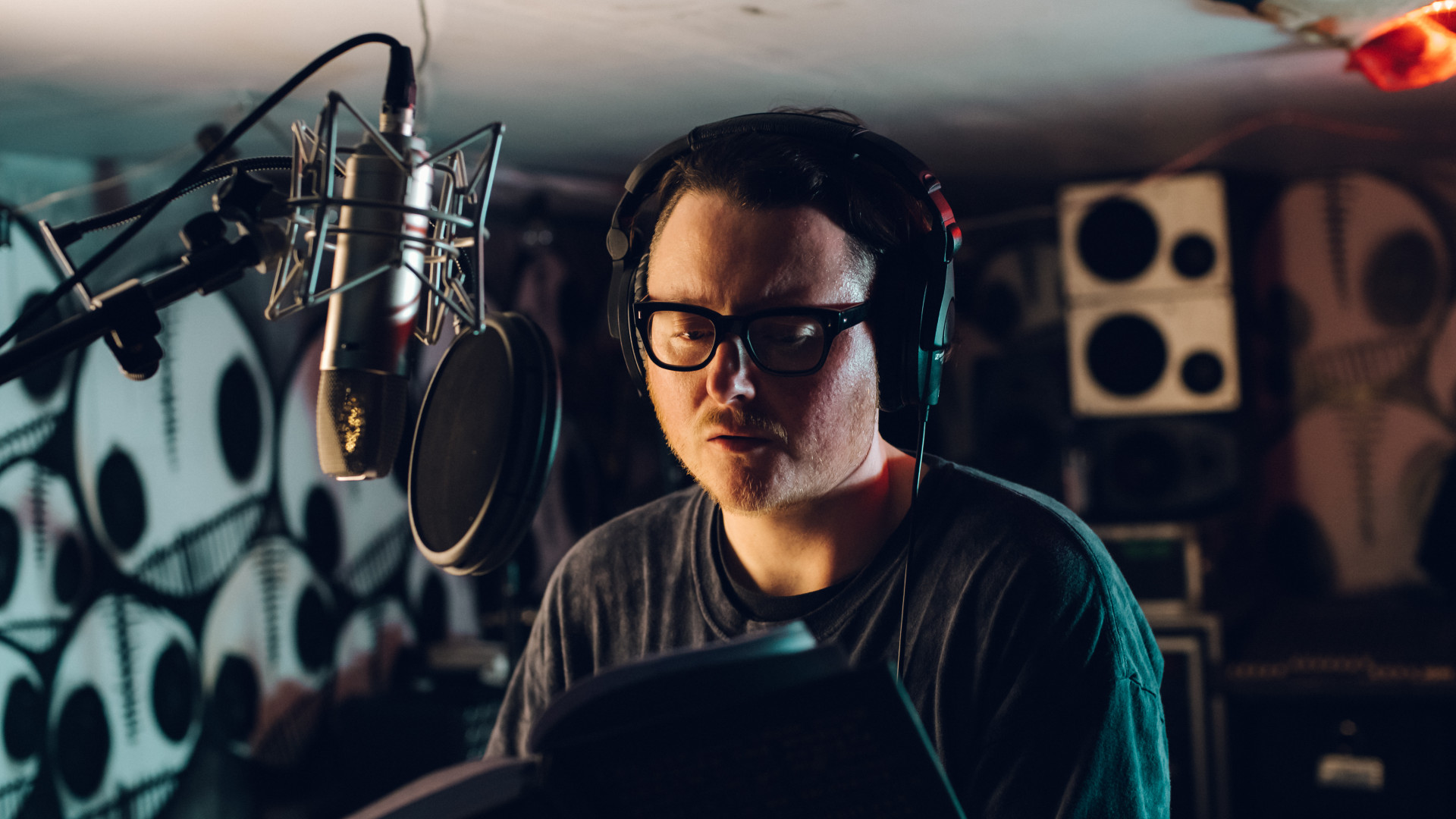 Cypher re-mixes the conversation around mental health and caregiving when Juno nominated rapper D-Sisive (aka Derek Christoff) sits down with motivational speaker and caregiver Asante Haughton to tell his story through music. 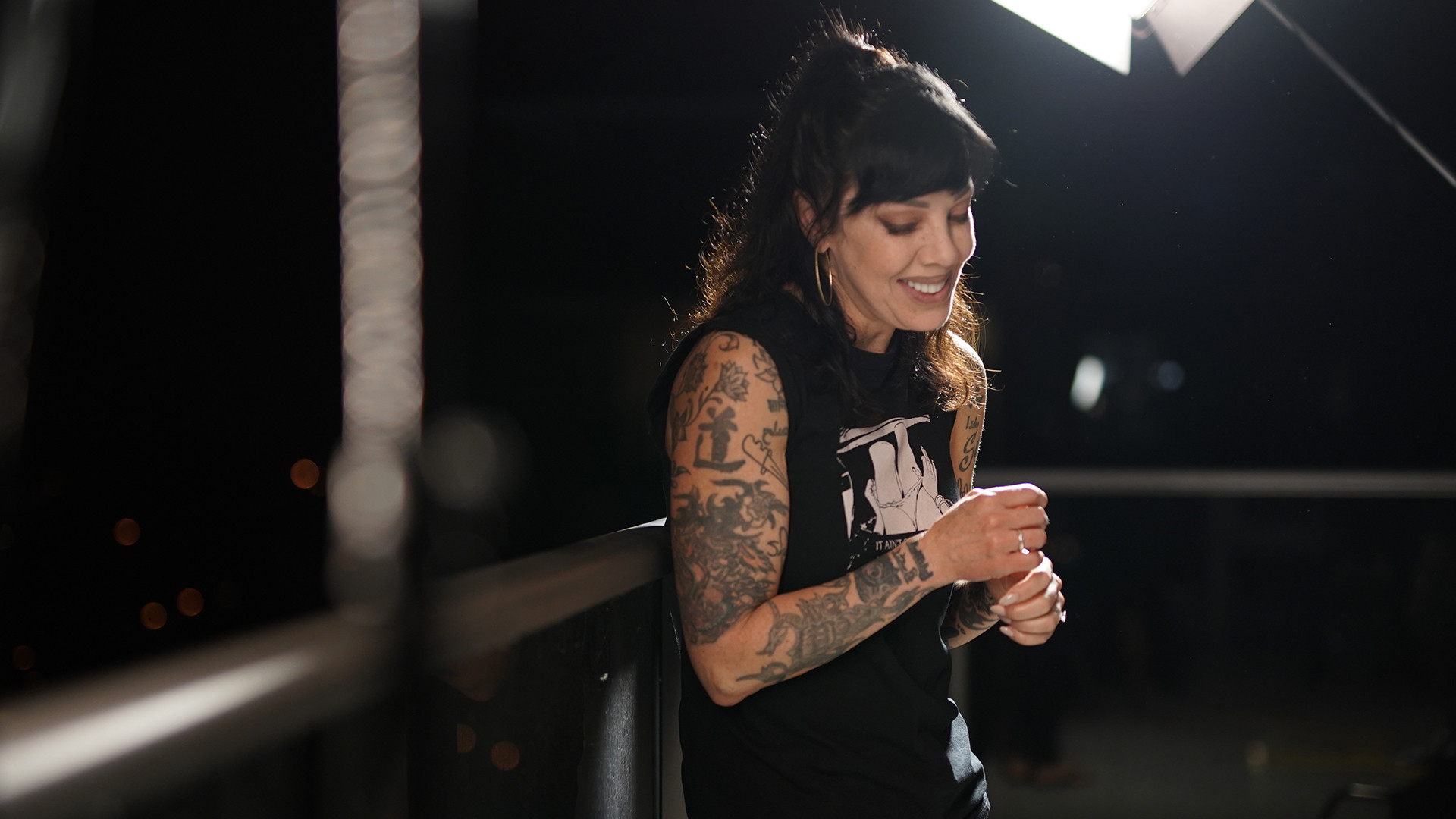 When Bif Naked was diagnosed with breast cancer in 2008, she had no idea she would find support in the form of 99 other women, all undergoing the same treatment. Learn about their "sorority" and the life-altering effect that it had on Bif. This episode explores the impact of cancer on mental health and Bif's journey from care recipient to caregiver. 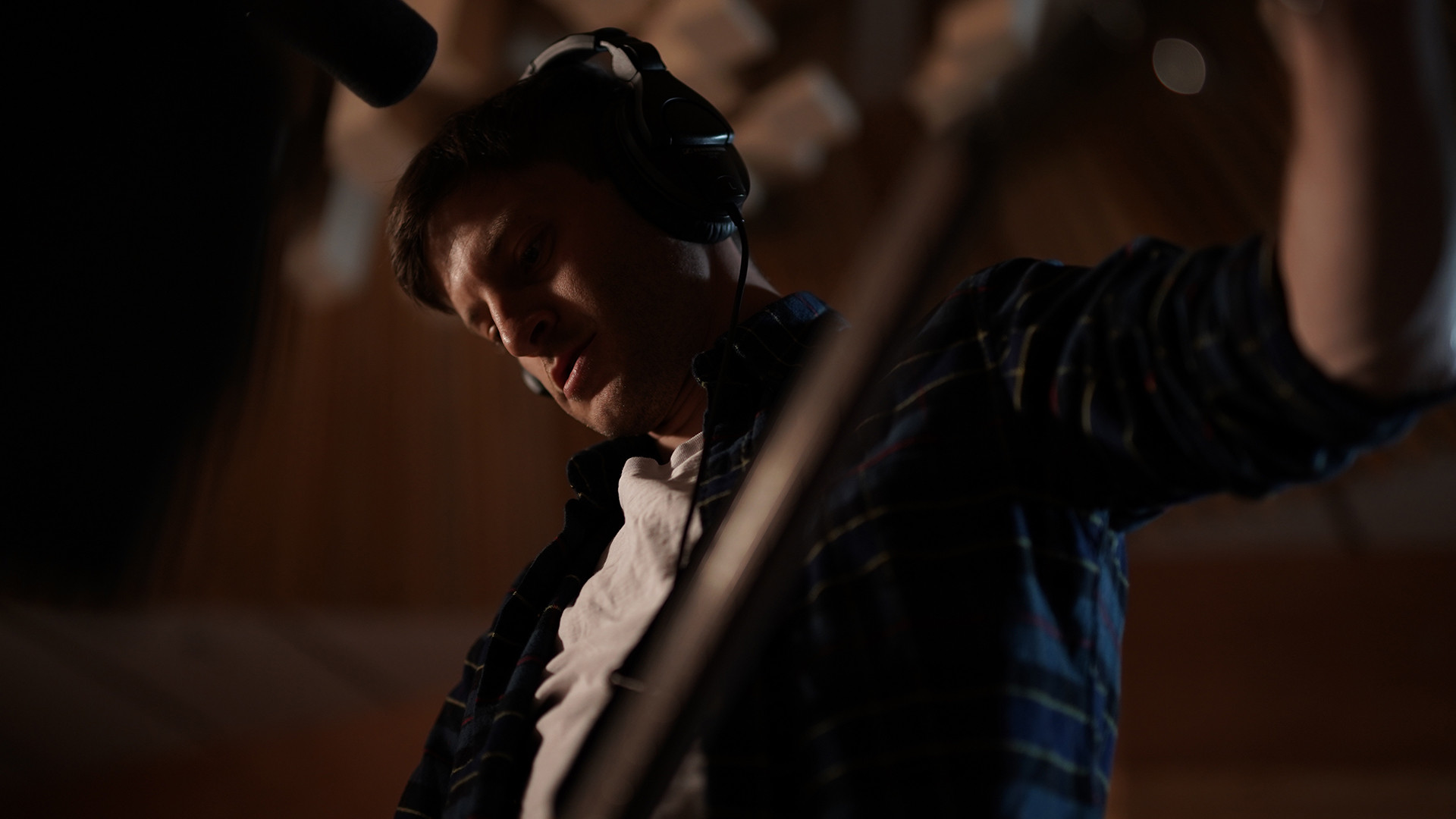 Special thanks to Sheryl Boswell, Founder/Executive Director of Youth Mental Health Canada, for her contributions to this episode. 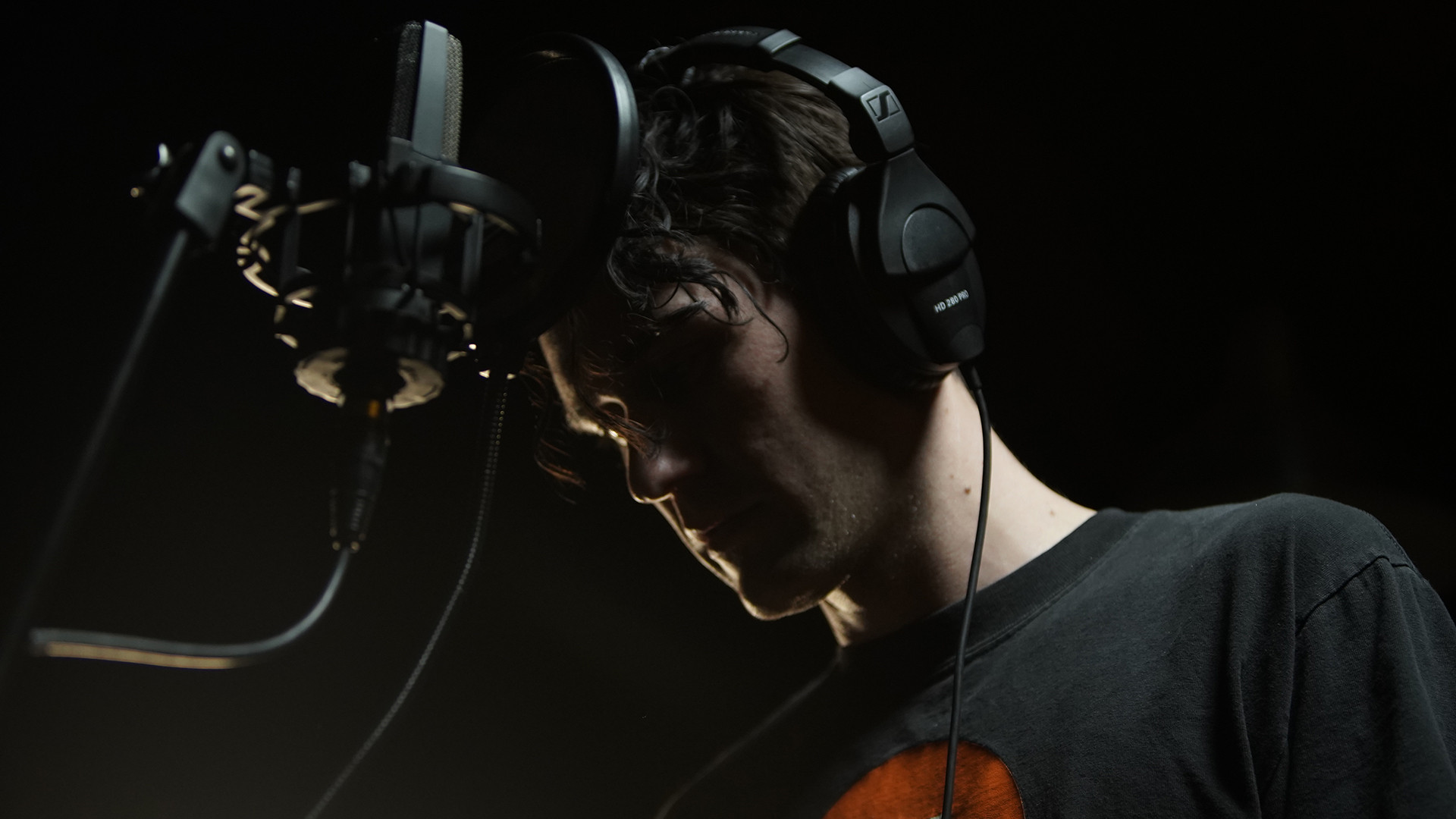 Pat Gillett was struggling with substance abuse and mental health issues. It was his bandmates - and long-time friends - who helped support him and bring him back. Honors was formed as a new chapter in their journey. In this episode, we hear from Pat on how his friends provided care and support, and from his bandmates on their caregiving perspective. 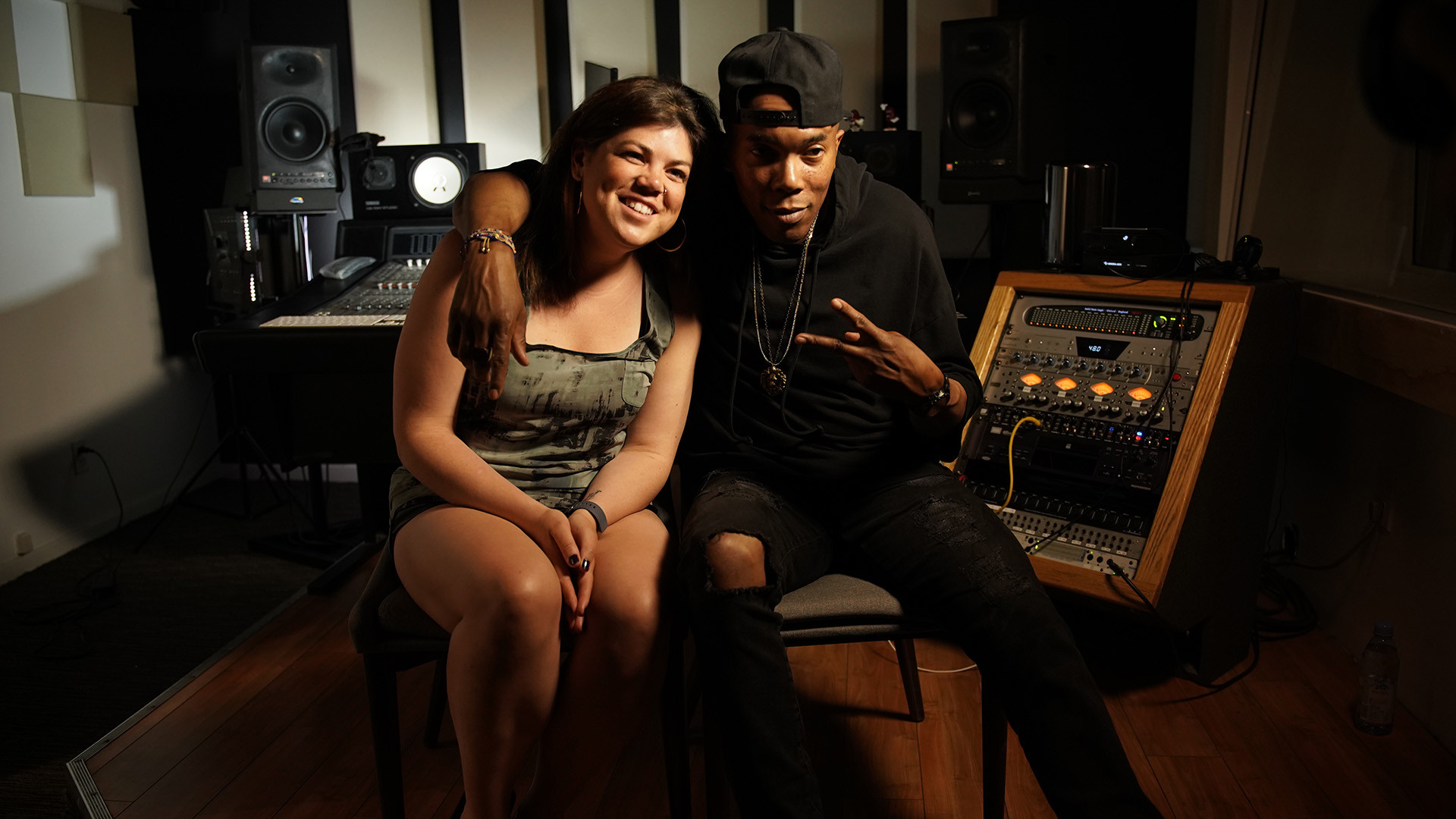 Tara Muldoon is a sexual assault survivor who has transformed herself from victim to caregiver through founding The Forgiveness Project. Follow Tara and artists Rich Kidd and Solitair as they use music therapy and honest discussion to explore forgiveness with inmates serving time. Guest musician Classified lends his production skills and voice, as we learn about the emotional impact on caregivers in this line of work.

Special thanks to Tara Muldoon, Founder, Sheldon "Solitair" Pitt, Manager, and Rich Kidd of The Forgiveness Project for their contributions to this episode. 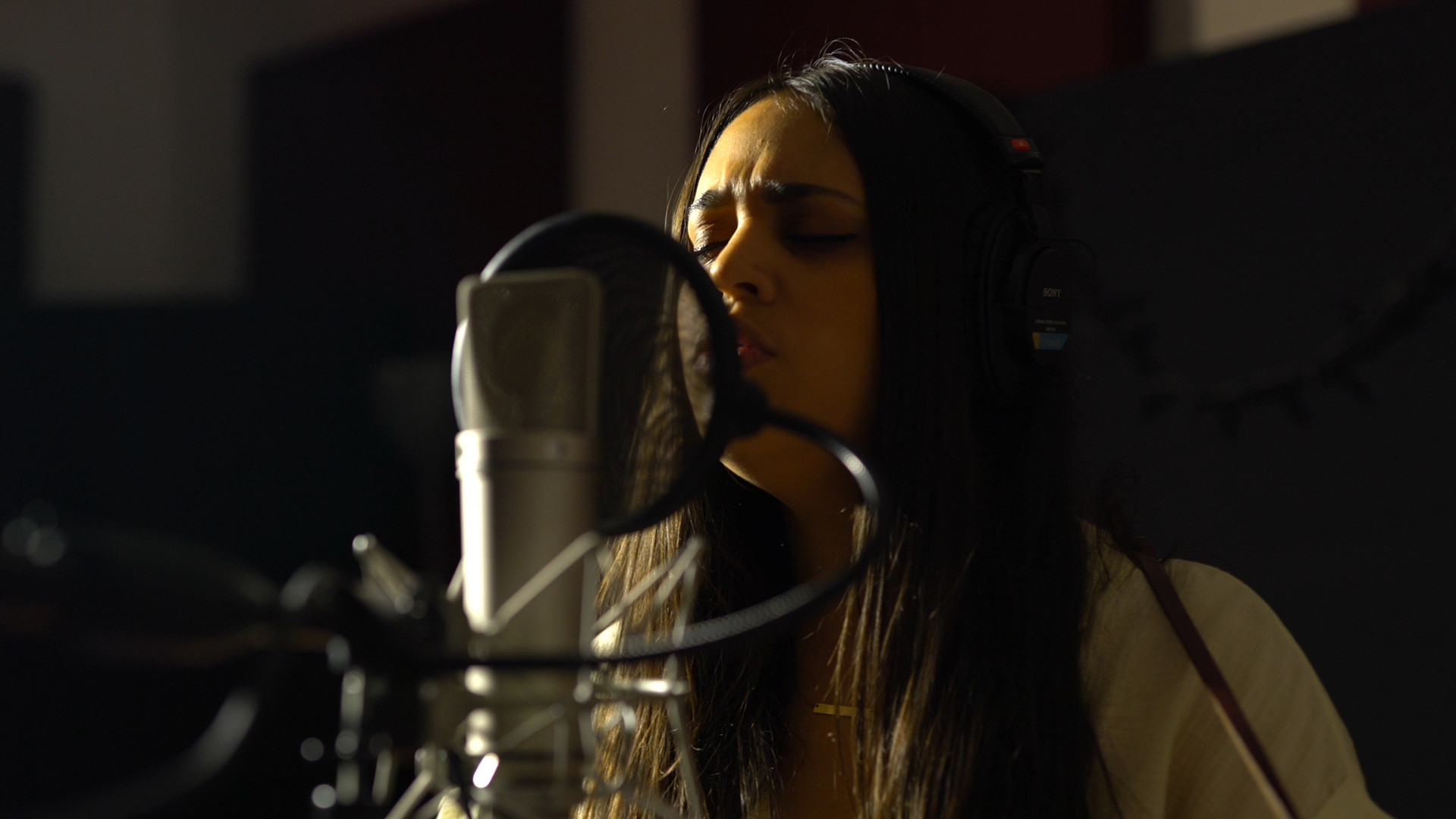 As we lose 10 Canadians a day to the opioid crisis, it's becoming clear that we all have a responsibility to create change. Seeing the impact on the music industry as a veteran tour manager, Ace Piva changed course, becoming a caregiver and addictions counsellor. While he's providing mental health education and support services for the music industry, he's also educating the public about overdose prevention.

Special thanks to Ace Piva, co-founder, and Faisal Khawaja, RPh, CDE, Operations Manager of Over the Bridge for their contribution to this episode. 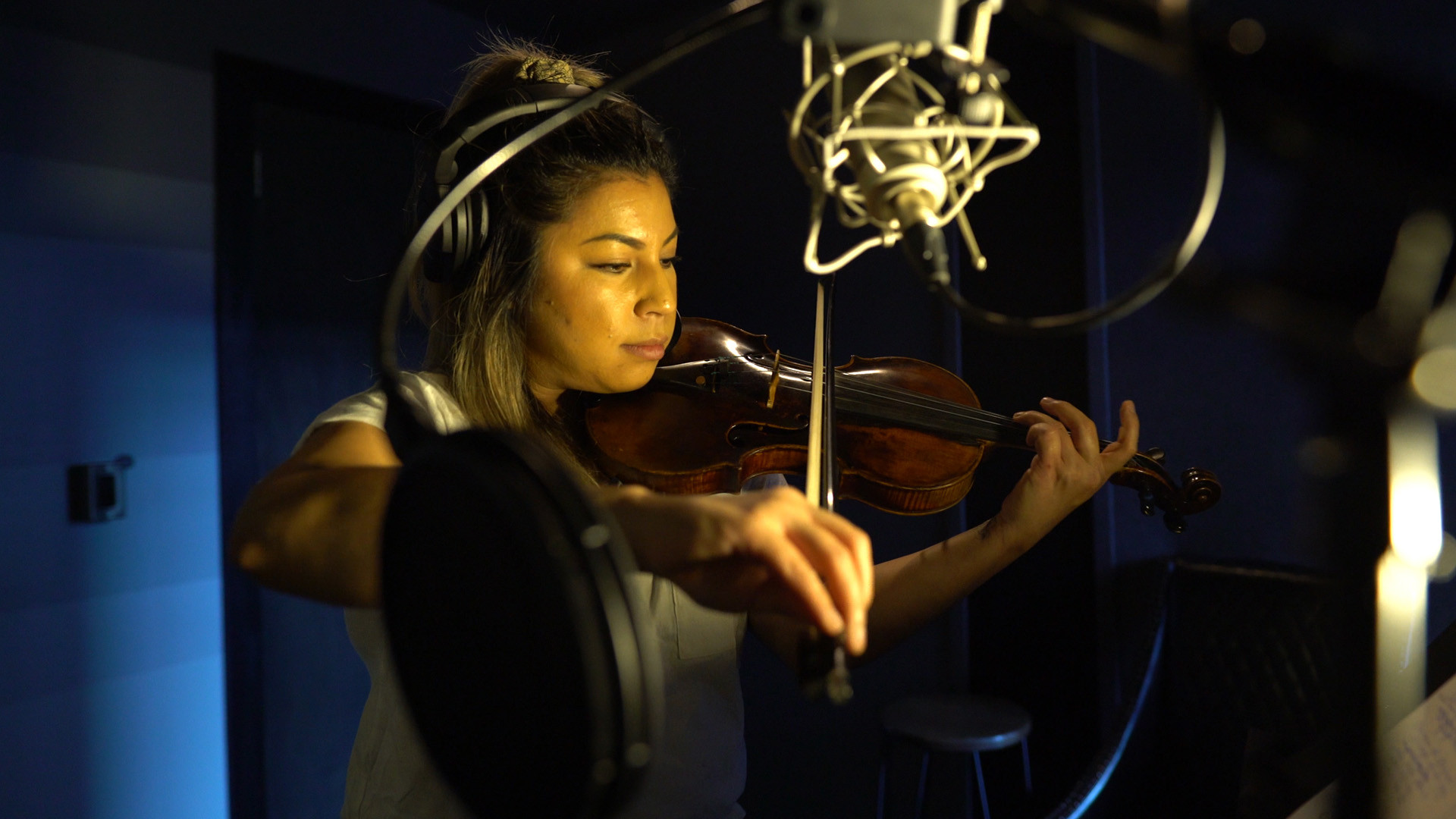 How do you work to build mental health in young people? You play. We visit Individual and Family Therapist David Cho and learn about using movement to help build positive well-being. The body holds stories, and play might be the key to helping us understand and express them. We also learn about the importance of creating and accessing a safe space, and how body language can build or break connections.

Special thanks to David Cho, Individual and Family Therapist at Skylark at MSLE Launchpad for his contribution to this episode. 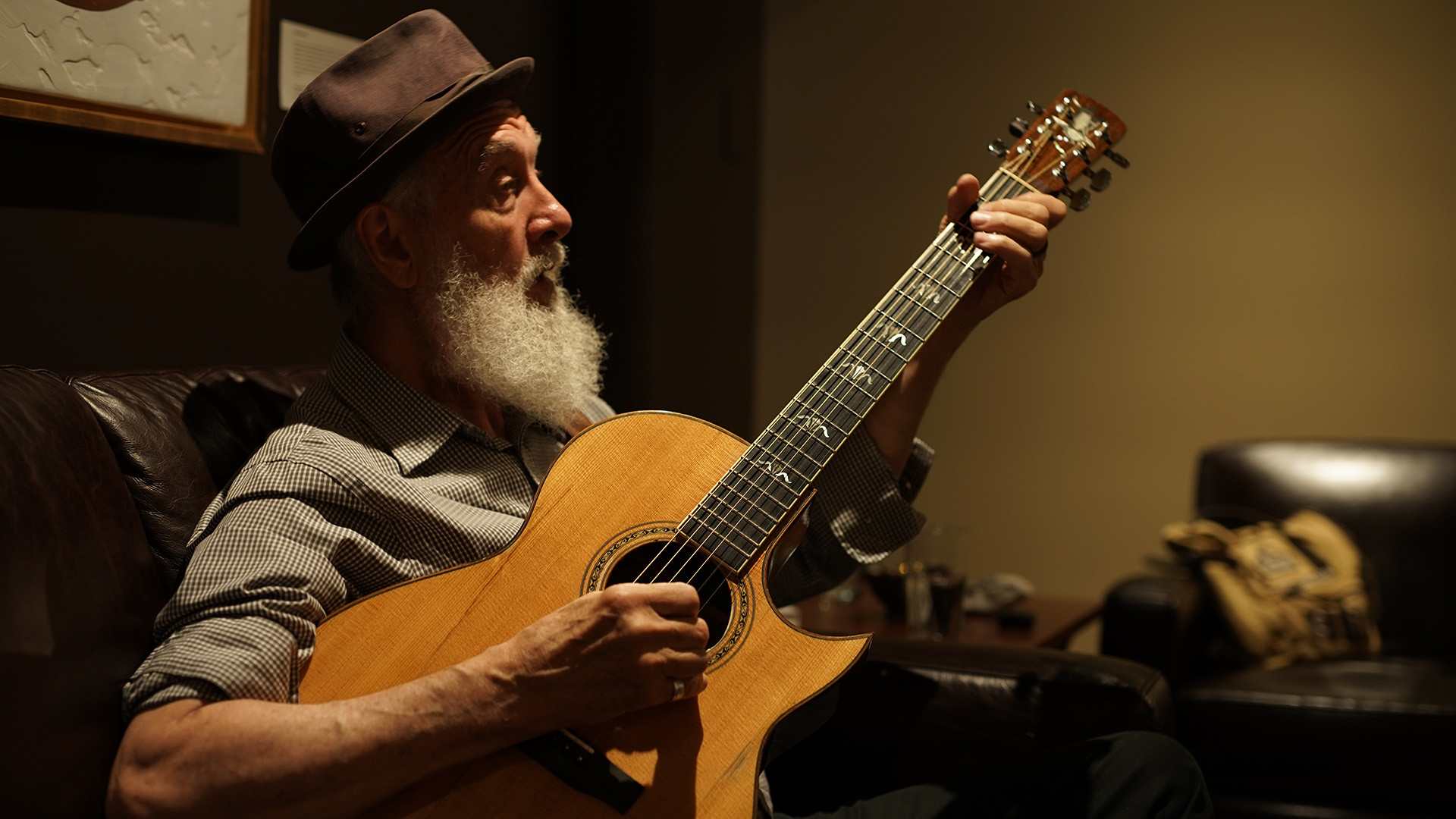 Kirsten and Rindy have been working for two years on a travelling puppet show that will make mental health themes tangible to young children. Fred Penner has been using energy and emotional connection to reach kids and families through music for over 45 years. When we bring our puppet friends and our gentle giant together, the result is magic.

Special thanks to Rindy Bradshaw and Kirsten Sixt, Program Directors at Teaching Awareness through Puppetry for their contributions to this episode. 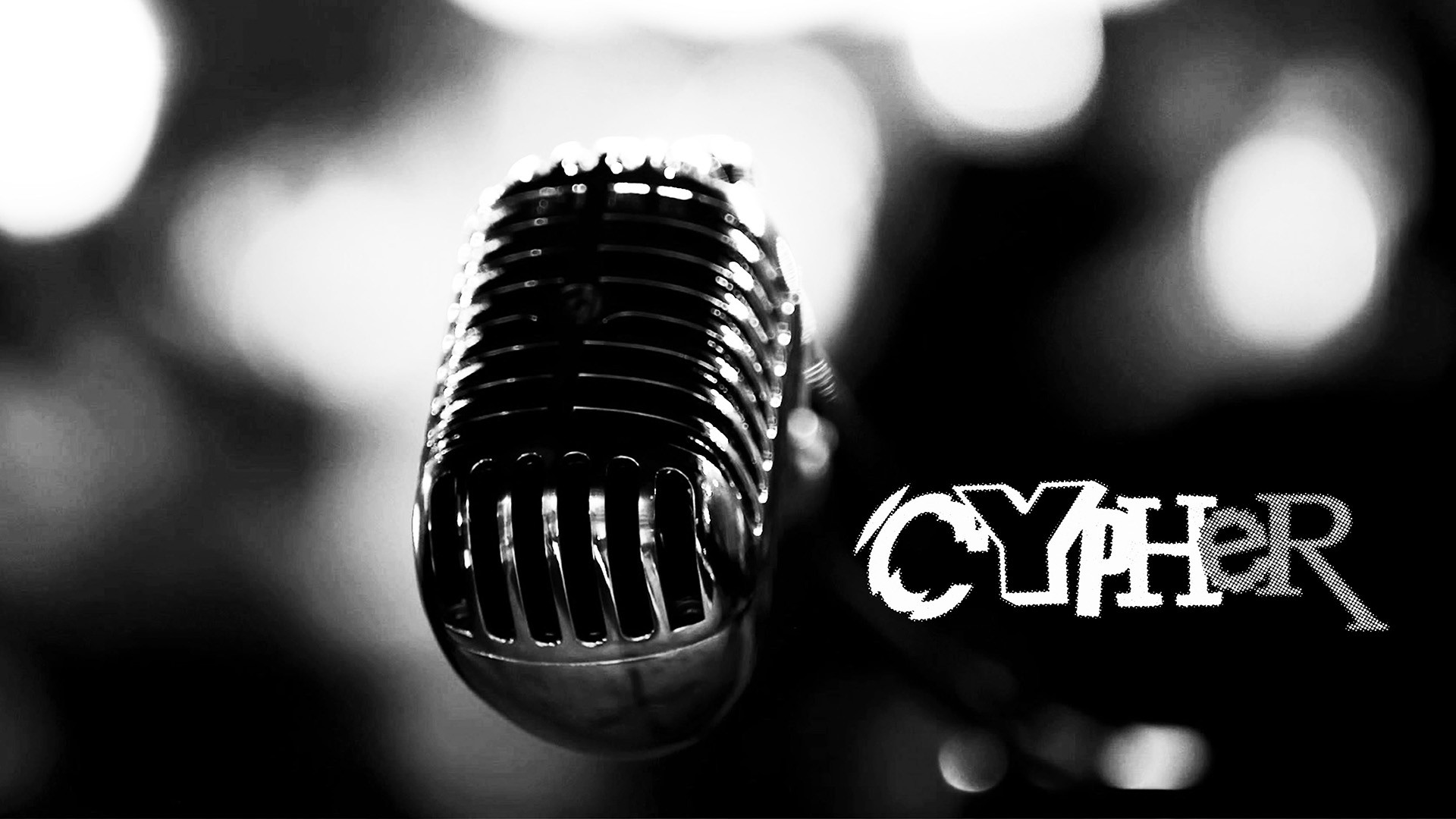 Just as every musical collaboration is personal and unique, so too is each caregiving experience. Join award-winning peer support caregiver Asante Haughton in conversations with caregivers and premiere Candian music talents on the front lines of mental health. Together, they will unpack key challenges and pertinent issues, providing caregiving insights along the way.

When you're trying to be an effective caregiver but nobody gives you permission to do so... you do it anyway

How old friends found a new sound through a caregiving getaway

Cypher parallels the process of musical collaboration with the peer-support method of mental health caregiving.

Just as every musical collaboration is personal and unique, so too is each caregiving experience. Join award-winning peer support caregiver Asante Haughton in conversations with caregivers and premiere Candian music talents on the front lines of mental health. Together, they will unpack key challenges and pertinent issues, providing caregiving insights along the way.

Talking about mental health is powerful - but singing about it is transcendent.

Enter four-time Juno nominee D-Sisive, who will use these insights to create dynamic musical collaborations with poignant perspective, emotional expression, and lessons learned. In each episode, D-Sisive will invite a marquee recording artist to bring the stories of caregivers to life. Asante and D-Sisive's peer support-driven conversation marked an important turning point in D-Sisive's own personal journey. Now the two intend to demonstrate the power in remixing the conversation about mental health.


Saucy Momo and Stories For Caregivers would like to thank the many experts who contributed to the creation of Cypher: 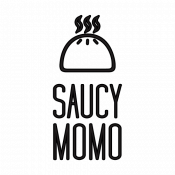 Ken Galloway and Rouzbeh Heydari both have solo careers, but they work together on projects for social good. They most recently worked together for two months shooting in Kenya for WE Charity, and before that, they shot ethical chocolate and coffee campaigns and stories in Ecuador and Columbia.

Ken's expertise is in documentary storytelling. Ken is the former head of video production for advertising agency Ogilvy & Mather, where he created video content for IBM, Dove, Coca Cola, and Tim Horton's, among other brands. He has also shot music documentaries with recording artists like Gord Downie, Macklemore, and Nelly Furtado.

Meanwhile, Rouzbeh is one of the top music video editors in Canada, having edited multiple videos for Drake, along with Snoop Dogg, Ludacris, and many others. He also works as a film director and producer, and has shot multiple feature films, including Dr. Cabbie and most recently, Little Italy.

Together, they are focused on delivering punchy and poignant story arcs with top-notch production value and an overall cinematic look. They are excited to create fresh, authentic, and moving content to help generate awareness about caregiving and build Stories for Caregivers online community.

Be Sure To Also Watch

Caring For Those Who Care

Growing Together with Jann Arden

Join our free community and share your own stories!

Join our community of caregivers today.

Produced with the participation of